I’m on my third pass working on Walter and Kevin’s story, and I had a series of great writing sessions this week. Today I worked on a chapter and a half that needed a few changes, including adding some dialogue and reactions. I ended up rewriting almost all of it. I was in some sort of zone where the dialogue and character interactions just flowed and worked better within the overall story arc. The more I rewrote, the more I knew what I had previously written wasn’t working. When I was done, it felt good to know it was the right call to rewrite those scenes.

Even though decisions like these affect the overall amount of time it takes to complete a project, this type of revising just seems to work for me. The more time I spend with the characters and their story, the clearer the overall picture becomes. Sometimes I can’t see the forest with all those damn trees in the way.

It took about five hours to get that chapter and a half rewritten. I sat in my comfy chair in my office while I wrote. These two little guys came in to keep me company. 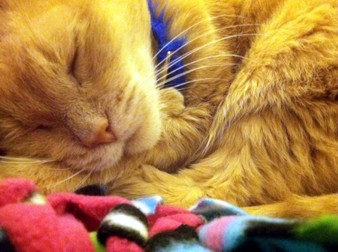 Hope you all have a great weekend. I’m hoping to get in another 5 hours or more of writing on Sunday.

2 thoughts on “Sometimes Minor Edits Lead You On”