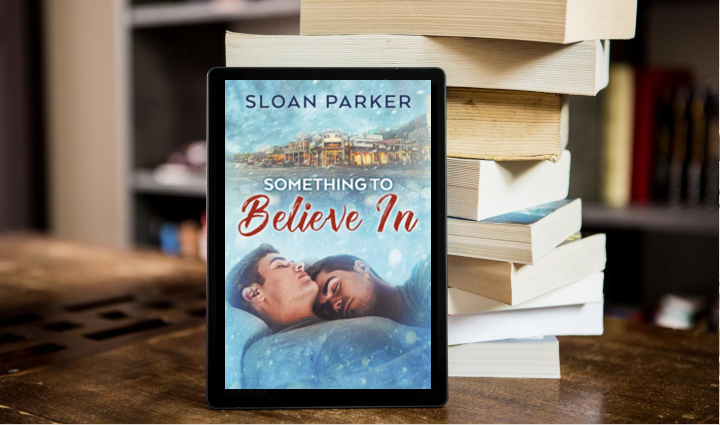 I’m pleased to share that I’m now a member of Booksprout, an app that allows readers to follow their favorite authors and get instantly notified of deals and new releases.

Get the Free App

You can download the Booksprout App for free. Once you have the app installed on your phone or other device, just search for “Sloan Parker” or any of your favorite authors and click follow.

Most of my backlist titles have been added to Booksprout’s ARC (Advance Review Copies) program. If you enjoy reviewing books, you can read my books for free in exchange for an honest review. All reviews are due by November 30th or December 31st, depending upon the title.

You can download and review any number of the books listed below. Just click the link and follow the prompts. You’ll need to create an account at Booksprout if you don’t already have one. 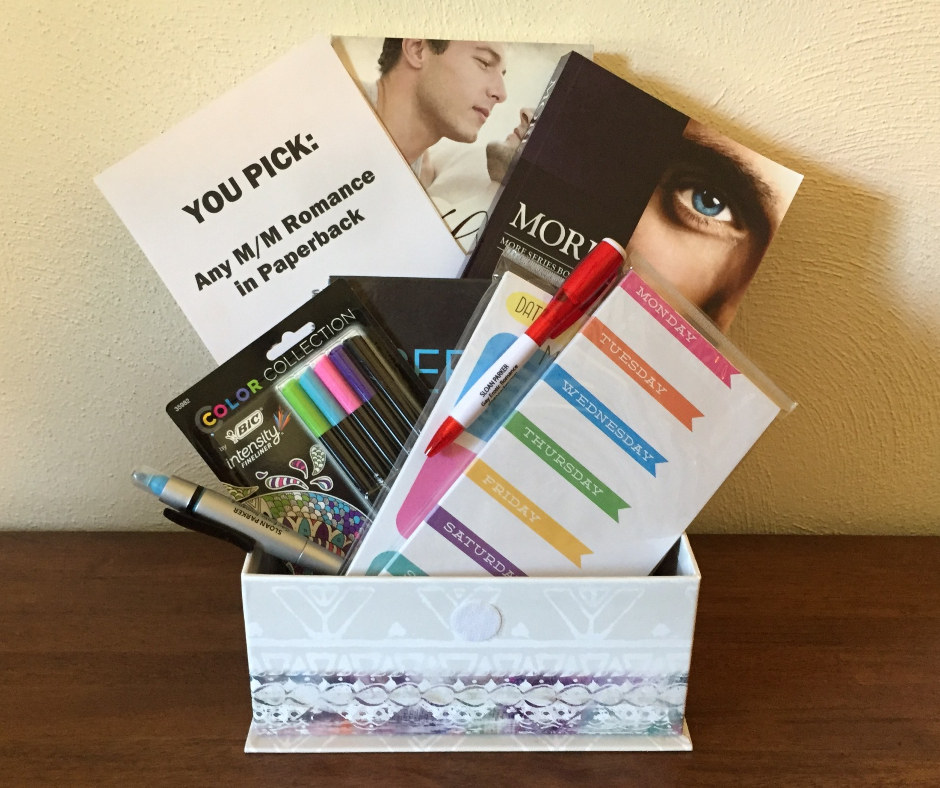 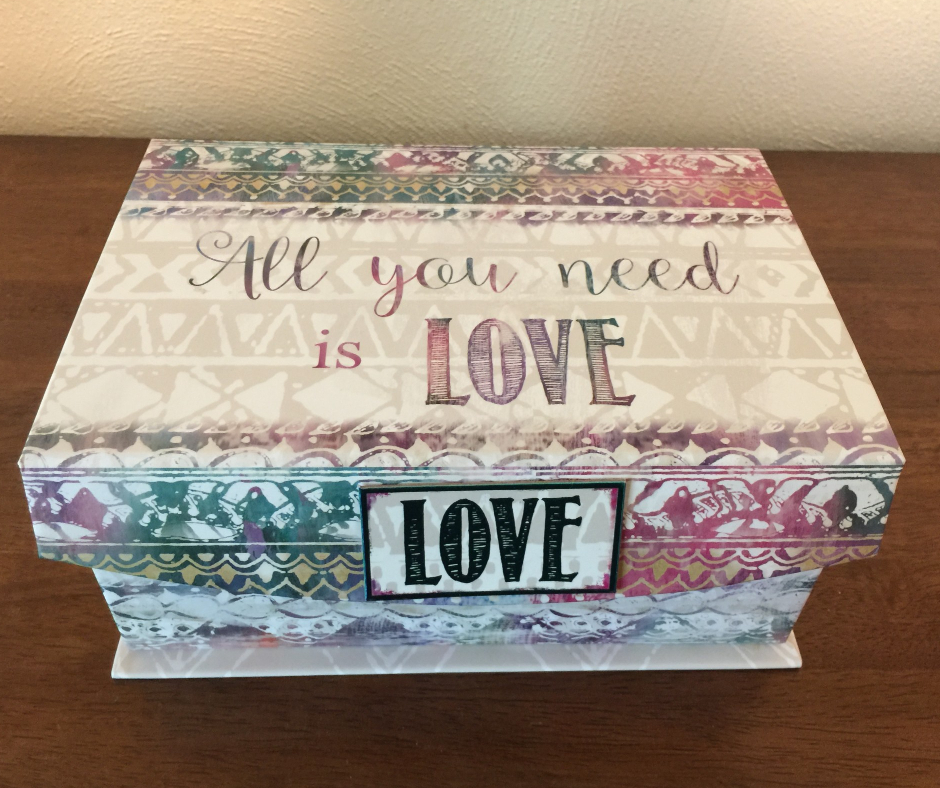 For today’s giveaway, I’m offering one random winner the above gift box. The box includes:

The gift box can be shipped worldwide. The winner will be contacted privately to select which additional M/M book they’d like to receive. The book must be: an M/M romance, available for purchase on Amazon.com, and priced at $20 USD or lower before tax.

Thanks for entering and good luck! Be sure to check back next month for another reader giveaway.

If you’d like, you can sign up to receive my blog posts via email. I typically post no more than twice a week. Mostly fun, inspiring videos, pictures, and quotes. I also offer a reader giveaway in each of my newsletters. You can also sign up for my free newsletter using this form. 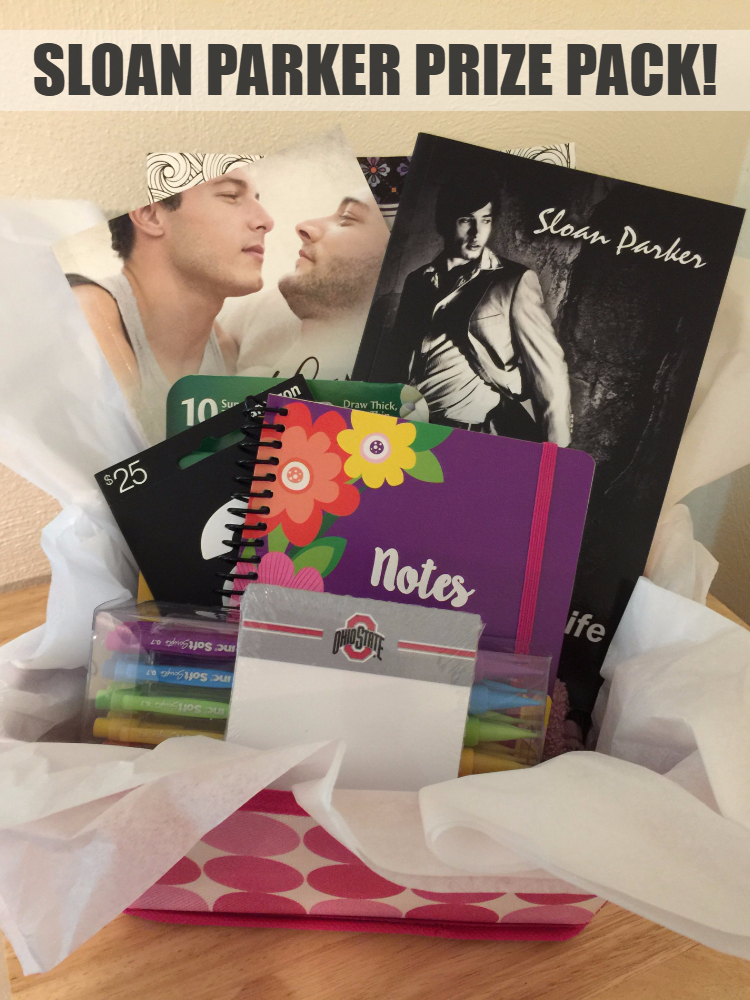 For this month’s giveaway, I’m offering one random winner a Prize Pack (pictured above). The prize will be sent via postal mail so the winner will need to provide a shipping address. The prize pack includes:

The winner will be contacted privately after the drawing. We will ship internationally, with the exception of a few select countries for legal reasons.

Thanks for entering and good luck! Be sure to check back next month for another reader giveaway. If you’d like, you can sign-up to receive my blog posts via email. I typically post about twice a week. Mostly fun, inspiring videos, pictures, and quotes. I also offer a reader giveaway in each of my newsletters. You can sign-up for the free newsletter using this form. 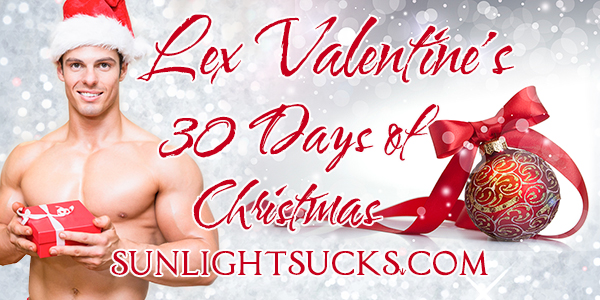 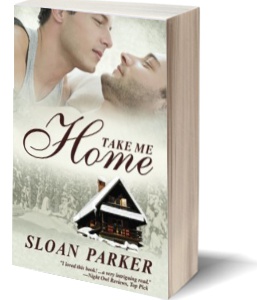 December is the month for reader giveaways! Today I have another one for you guys. I’m the featured author on Lex Valentine’s blog where I’m offering a free e-book copy of my Christmas novel TAKE ME HOME. Lex is also giving away one of her titles too (Where There’s Smoke, The Phoenix Prophecy Book 3), so don’t miss out on this chance to win both books.

To enter, leave a comment on Lex’s blog by midnight Pacific time today, December 20th. Then be sure to check back at her blog throughout the rest of December for more chances to win fabulous M/M prizes.

Here’s another selection in my “Favorite Scenes” series. It’s from TAKE ME HOME, winner of the Oklahoma RWA’s International Digital Awards in the Contemporary Novel category.

Why I chose this excerpt: This is Kyle and Evan’s first kiss in ten years, and it starts them down an inevitable, explosive path. I loved taking a guy like Kyle and transforming him so he’s totally fixated on one man, focused on proving himself to the only sexual partner he’s ever loved. 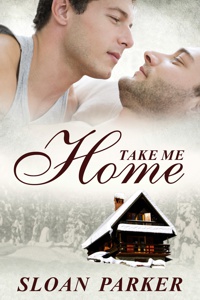 Evan shivered. Which made no sense. He was still warm from the run, the sweat on his skin not even dry yet.

Kyle took another step. Evan wanted him to stop. He wanted to shout all the reasons why this had to stop, before it got started, wanted to tell Kyle not to move another inch.

And Kyle didn’t stop coming at him until they were practically touching, Kyle staring down at him.

Evan tried to focus on Kyle’s words, on the news about the journal and his grandpa, but all he could think about was what he’d seen when he’d walked into the apartment: Kyle, all skin and taut muscles, wearing only his tight-as-sin white underwear, the briefs stretched over his cock, and the way Kyle had looked at him in the dim light of the hallway.

Just once. He’s leaving anyway. Evan closed his eyes and forced himself to concentrate on the conversation. He looked up at Kyle again. “Are you okay?”

“Yeah.” Kyle said the word with a slight curve of his lips. He took a step back and reclined against the wall, looking casual, like he was about to flirt with a bartender for a free drink. “After I read it, I was thinking about that night in the motel room in Iowa on our first drive out here.” He slowly swung his head in Evan’s direction. “Do you remember that night?”

“Do you ever think about it?” Kyle’s voice was barely a whisper.

Up until a few months ago, Evan hadn’t let himself, but since he’d moved in with Kyle… “Sometimes.”

Kyle slid along the wall, traveling the last remnants of space between them. “Ev, I’ve been waiting ten years to finish what we started.” He pushed off the wall and turned until they were face-to-face again, his dark eyes unflinching as he leaned in. He stopped before their lips touched. The heat of that mouth and body so close stoked the fire inside Evan.

His own body reacted, his cock pushing at his shorts. He wanted to shove Kyle against the wall and kiss him until morning, do everything he’d ever dreamed of when it came to touching Kyle, everything he ached to feel about the man.

The smile Kyle gave him next wasn’t the usual cocky one he’d used with countless guys over the years. He pressed forward and slid his lips along Evan’s skin from the base of his neck to his earlobe, leaving a trail of goose bumps in his wake. He lingered over Evan’s ear and whispered, “You smell so damn good. I want to fuck you, Ev.”

Evan shivered again. “We shouldn’t…” He couldn’t say more. Didn’t want to. The time for talking was over. Kyle ran the tip of his tongue along the outside of Evan’s ear, and Evan instinctively moved closer. His breath hitched with the touch of Kyle’s bare abs against him. Why had he worn a T-shirt to go running?

Using only the weight of his body, Kyle turned them until Evan’s back was against the hall wall, then flattened his palms to the wall on either side of Evan’s head. He licked his lips and spread his legs until their bodies lined up groin to groin, then rolled his hips, putting pressure against Evan’s cock. “God, Ev…”

With that movement, those two words, Evan groaned and let his head fall back to the wall. He couldn’t stop himself. He rocked his hips in time with Kyle’s. The feel of Kyle’s body, his hard cock against him, drove Evan’s own arousal higher.

Kyle spoke again, his voice even lower. “It could be so fucking good.”

Evan lost track of the arguments he’d been telling himself since he’d left the apartment earlier. He raised his head, and their lips met, the softest brush of flesh until Kyle opened his mouth, seized Evan by the back of the head, and slid his tongue into the touch. The kiss deepened, and Evan thought he’d never be able to stop feeling Kyle’s mouth on his, their tongues pressed together.