I recently stayed in this mini-cabin at a nearby lake. It was a wonderful weekend, quiet and relaxing. I could get lost there with my laptop and write for days. 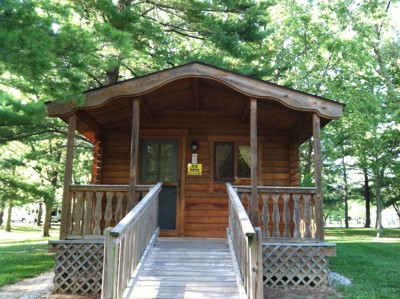 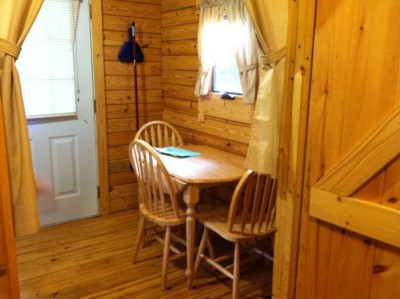 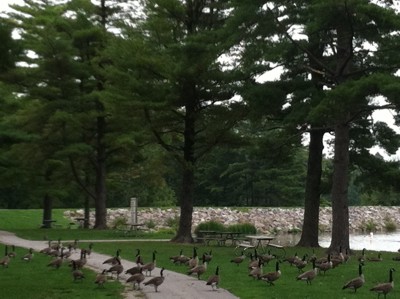 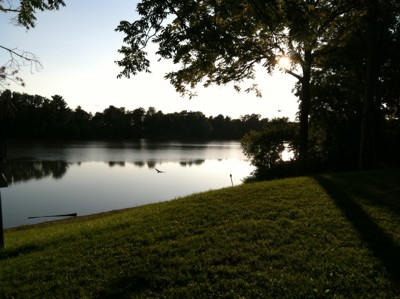 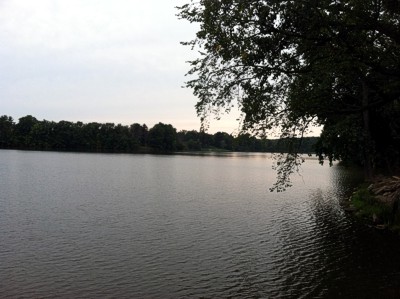 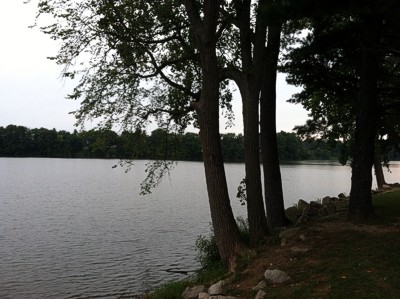 I shared this on my Yahoo group a few weeks ago, but thought I’d post here as well.

I’m going to be writing More book 2 very soon. Since this one will be written in Richard Marshall’s point of view, I decided to sit down with him and ask a few questions, take the time to hear things from his perspective. Here’s how our talk went…

I sat across from Richard in the small coffee shop. He was in casual slacks and a dress shirt, but he carried himself like he was in a suit and tie. He gave the waitress a smile as she brought out our coffees, and then after she left our table, he leaned back and watched me. I got the feeling I was being interviewed as much as I was planning to interview him, only he didn’t ask me a single question.

“Thanks for agreeing to do this,” I said.

“You’re the one running the show.” He gave me that knowing smirk I’d come to expect from him.

“Okay, first question. What drew you to Luke that first night?”

“His eyes. He was hiding a lot behind a cool I’m-not-taking-anything-seriously facade, but his eyes gave away the truth. Something about that mask he wore and those eyes told me there was a lot of passion hidden behind the nonchalant exterior. I wanted to see what he’d be like once we closed the bedroom door.”

“You’re a pretty take-charge, protective kind of guy. Is there anything you wouldn’t do for your men?”

“Sure. I wouldn’t…well, I can’t think of anything off the top of my head. I guess kill someone, but that’s a boring answer. I’d be lying anyway. I would do that to protect them. To save their lives, I’d do just about anything. But I’m guessing you already knew that, that’s why you asked. To get me to admit that in the right—or wrong—situation, I’d go too far. You’re one sneaky author.”

“Do you wonder what people think about you guys together?”

“Do you have any doubts about your age difference with Matthew?”

I kept my gaze locked on him.

He stared back at me. Slowly, he took a sip of his coffee, set the mug down, and said, “He’s still finding his way, and I know I can help him in that, help him reach the goals he sets for himself, help him get everything he wants out of life. That’s not a bad thing.”

“No, it’s not, but are you sure you can help him get everything he wants?”

“You’re thinking of something I haven’t?”

He considered me. “What will it take to get you to tell me?”

“Hey, it’s about you and him. You probably already know, deep down. One more question.”

He gave a sharp nod, threw me that smirk again, like he just knew I’d have a tough time keeping it to one question. “Go ahead. Last one, and then I have to take off.” He seemed reluctant to admit that.

“You’re almost too perfect at times. There has to be something about you that you haven’t shared with your men yet.”

“That’s not a question.”

“Can you think of something you haven’t wanted to tell them?”

“Yes.” He stood, threw down enough cash to cover our coffees and a generous tip, and said, “I’m sorry that I have to go. I liked talking with you more than I expected.”

He laughed at that. “Yeah, I guess we will.”

This interview was also posted on my website’s Behind the Story page for MORE.

One of my favorite Queer As Folk fan videos and one of the more emotional ones. Such a great James Blunt song too. 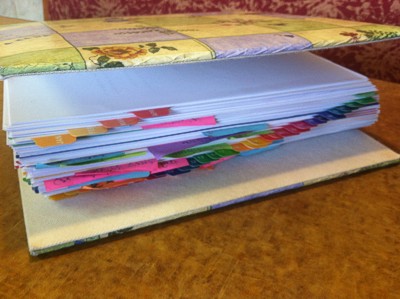 My beta readers are going through the final pages now, and then it’s off to my editor! I’ll keep you posted when I know more about a release date.

“Not only did I manage to accidentally meet the man I’m investigating, I managed to accidentally have sex with him. I’m either the luckiest man alive or the unluckiest. The verdict is still out as to which. —from the journal of Payton Marcus Townsend”