This is just such a fun video. I love the song and all the shots they took. Always brings a smile to my face.

According to this article: “A group of professional scuba divers dove in the waters off the coast of the Farne Islands in the UK. They had been in the same place before but this time they found an unexpected surprise. A group of very curious seal pups approached them and started to play.”

If the video isn’t embedded above, you can also view it on YouTube.

MORE is re-releasing around February 10th. This is a re-issue of the previously published e-book. There were some corrections made to the text, but the story is the same. Since this is a re-release, we have to wait until the original version is removed and then upload the new file, but this is our best estimate on when we’ll start having it available. It could take a few days, or even a couple of weeks, before it starts showing up at all the retailers.

MORE THAN MOST (MORE BOOK 2) will be out April 28th. The plan is to have the e-book up for pre-order a couple of weeks before that, which helps it show up quicker at e-bookstores on the actual release date. To give my regular readers a special deal, we’ll be offering MORE THAN MOST at a special introductory price during the pre-order period and for 1 or 2 weeks after release day. After that, it will return to its regular price in May, so be sure to look for the book early. The trade paperback will be out shortly after the e-book is released.

MORE THAN EVER (MORE BOOK 3) is the title for Matthew’s book. This one’s still in the works, so we don’t have an estimate on the release date yet. 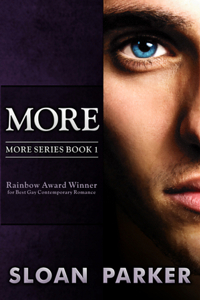 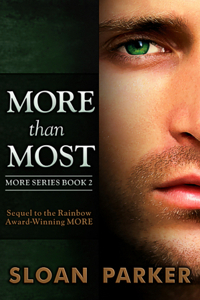 *There was a coloring issue with the original cover for the re-issue of MORE that I shared a few weeks ago, so we redid the covers for this series.

Richard, Luke, and Matthew return in this sequel to MORE, a Rainbow Award winner for Best Gay Contemporary Romance. Investment manager and always-in-control Richard Marshall has just landed a historic estate he’s waited years to acquire. Gone a lot for his work, he’s seriously craving his men. Yet it’s more than just the sex he’s missing. Emotionally-traumatized Luke is still dealing with the aftereffects of his father’s attempt to kill him, and Matthew’s trying to find his way as part of a ménage
relationship.

When Luke and Matthew come clean with Richard about what they’ve been feeling, he knows there’s only one way to solve all his problems: keep them close by accepting their help to investigate why someone wants to destroy the mansion he’s trying to save. When it becomes clear he’s put his family in danger, Richard has to
choose between giving up control and pushing away the men he loves right when they’ve started to heal and have rekindled the explosive chemistry that brought them all together.

A ménage relationship is hard enough. Add in danger, intrigue, a haunted mansion, and three sexually frustrated men, and it’s not a typical love story. It’s much more. 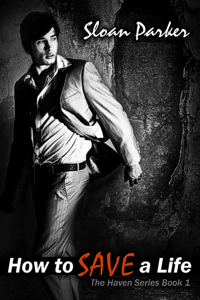 I’m pleased to share that the e-book re-release of HOW TO SAVE A LIFE is now available at Amazon, All Romance eBooks, and Smashwords. It’ll be coming to B&N, iTunes, and more stores soon. (It can take a couple of days to several weeks for the book to get approved at my distributor and listed at the various sites.)

This edition is the same as the original e-book version, with only a couple of minor corrections made to the text. It also has a different cover that matches the trade paperback edition.

I’m tentatively calling this one: HOW TO HEAL A LIFE. I have a high-level outline done for this story, and I’ve been adding notes to it as ideas come to me. Over the past couple of days I’ve added dialogue from several conversations between Seth and Vargas that I just love. I can’t wait to dig in and write this one. Right now I’m finishing up the rough draft of Matthew’s book (MORE Book 3, which also has a title: MORE THAN EVER). You can read more about my plans on my updated Works in Progress page.

This month’s Reader Appreciation Day, hosted by me, SJ Frost, and Jambrea Jo Jones at the Sweet Spot Yahoo Group, is this Saturday, January 17th.

Stop by the Yahoo Group to enter the giveaway, read excerpts, and chat with authors of M/M romances. The giveaway runs from 8 am – 8 pm Eastern Time.

Here are some of the books available:

Here’s how to enter:

That’s it. You’ll be added to the drawing for a chance at a random prize.

If a book or prize is listed more than once, the author has donated multiple copies and there will be more than one winner selected.

Authors of M/M romances, if you’re interested in joining us for our next RAD, we’d love to have you. Send me an email and I’ll add you to our author contact list. 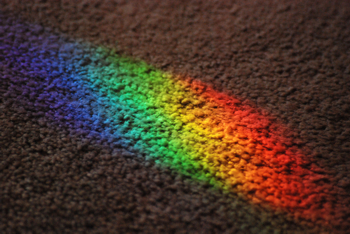 “For every story of a person writing faggot on the door of a gay couple, there is one of a father smiling while watching his gay-teen-son openly embrace a boy he cares for. For every horrible coming out story, there is the story of a family that meets their loved-ones with support and acceptance.

We certainly shouldn’t undermine the struggles that our community faces. We shouldn’t only show the good and ignore the bad. We shouldn’t stop fighting for equity just because we’ve received it for some. But I have to say, those bad days when it seems like the odds are stacked against us, I now can think back on the scene I witnessed at Starbucks-a scene of love and acceptance from an unexpected source-and have a reason to smile.”

–Benjamin O’Keefe in his article “A Dad Dropped His Son Off on a Date and It Restored My Faith in Humanity” (Be sure to read the full story. It’s charming.)