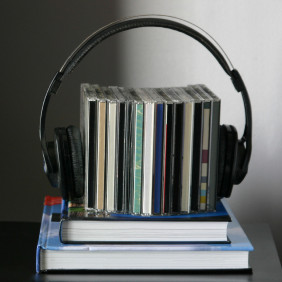 This post is dedicated to my mom, a small-town librarian from the time I was four until she retired earlier this year, who took me to work with her during my youth and shared her love of reading with this curious dreamer.

I recently had dinner with a friend who works at a public library here in my home state, and she told me about a very interesting program she had just finished teaching. It was a creative writing course for veterans. The class was made up of men of varying ages who served in WWII, Korea, Vietnam, and Iraq. Most came for two reasons: to learn creative writing techniques that could help them share their stories with others and to learn how to write for their own therapeutic needs.

She called it powerful watching the men slowly open up to her–and each other–about their experiences and why they needed to write about them. As she talked about the class, I could picture the mix of old and young men from very different wars all nodding in understanding as common themes were explored. My friend said she was certain she learned more from them than they did from her. Hearing about the class and the experience it must have been for everyone reminded me how much I love libraries.

Even today, with the vast amount of information available on-line, libraries are offering services that are hard to replicate. Those veterans came together in one room, face-to-face, and learned ways to share their tragic and heroic pasts with others and how to use writing to heal their own hearts.

Libraries still offer so much to those who may not otherwise be able to afford or locate certain resources.

So if you haven’t been by your own local library lately, take a look and see what they are offering. You might be surprised.

A university group (the Harold B. Lee Library Multimedia Production Crew) created a parody of the Old Spice commercial (“the man your man could smell like” commercial). I guess they put it all together in nine hours. Amazing. If you haven’t seen the original Old Spice commercial it’s below the parody.

I love that the parody is about a library and learning.

Have a great week!
Sloan

I’m loving this article about a library book returned sixty some years after it was taken off a shelf without being checked out. Talk about guilt and undoing past transgressions!

The 707-page biography of Napoleon Bonaparte was “stolen” 1n 1949 from a library in Toledo, Ohio.

Jump to the present. The patron wrote a letter stating, “Carrying guilt for 60 years is a terrible thing,” and mailed the note along with the book from California to Ohio. The patron also said, “I removed this book from your stacks in 1949 and did not check it out. I apologize. It’s an excellent book and in good condition.” — Quoted from: ToledoBlade.com

I think this is kinda cool. Granted, the person returned the book anonymously, but really, it’s a rare person who would return it at all. Most people would have tossed it out years ago. It’s not like late fees were stacking up anywhere. The library didn’t even know who had it. You have to respect someone who tries to fix their mistakes as best as they can. Especially sixty years later.

So what’s the longest you’ve ever had a library book? And did you return it?

Mine was probably over a year. And yes, I returned it. My mom was the librarian, so…no late fees! Yay!

Hope you have a great day!