Starting a new topic on the blog this week. Thought it might be a fun way to share a bit about writing, my inspiration, my life, and the world around me. It’s called Friday Photo and will include only pictures I’ve taken or ones from my own life. It won’t be every Friday, but when I do share a photo I’ll try to do so with as little verbiage as possible to let the photo stand on its own.

But I’m a writer, you know I won’t be able to resist saying something, at least part of the time. 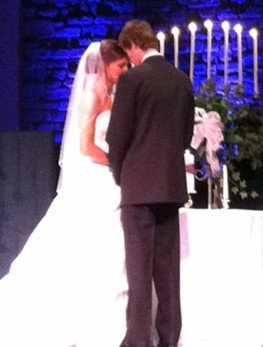 And now (with his new wife):