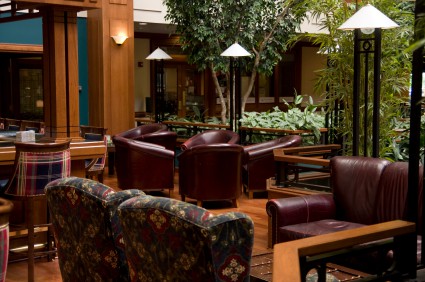 Thanks to the talented Harper Fox, I’ve been tagged in the Next Big Thing Blog Hop. This fun event spanning blogs all over the world gives authors a chance to talk about their current work-in-progress, answering ten questions, then tagging a few more authors to do the same in a week’s time. Thanks, Harper, for giving me a chance to share!

Now on to the questions.

1 What is the working title of your book?

2 Where did the idea come from for the book?

Walter Simon was originally featured as a secondary character in MORE. When I first sat down to work on his story, I knew a few things: 1) I wanted this book to include some element of suspense, 2) I wanted it to include the Haven (the club where we first met Walter…the pic above reminds me of the lounge in the Haven), and 3) I wanted him to fall for a much younger man to play off Walter’s insecurities of growing older and his feelings that his best days were behind him.

From there, I expanded on his backstory and did a character interview/sketch with both him and Kevin. I spent one long afternoon sitting in my dining room with note cards lying all over my dining room table as I brainstormed ideas about these two men and what they were trying to accomplish. Once I knew Kevin was a reporter going into the club undercover, the idea for the villain really took off and so did the fact that Kevin and Walter were on a desperate mission to save the lives of several missing gay men.

3 What is the genre of the book?

4 Which actors would you choose to play your characters in a movie rendition?

Oh man, this is tough. If HOW TO SAVE A LIFE were really going to made into a movie, I’d be thrilled to see some undiscovered actors in the roles. I love those breakout performances that just pop off the screen and aren’t clouded in any way by the off-screen persona or the life of the actor. But if I were to think of more known actors: Let’s see…for Walter…maybe an athletic George Clooney, dark-haired with a dusting of gray. And for Kevin…Justin Timberlake with longer hair.

5 What is the one-sentence synopsis of your book?

Passion ignites when a serious security expert and a klutzy reporter just accepting that he might be gay form an unlikely alliance to save the lives of several missing men.

6 Will your book be self-published or represented by an agency/publisher?

It will be published by Loose Id and is scheduled for release on January 15, 2013.

7 How long did it take you to write the first draft of your manuscript?

The outline took about a month to put together. That included a scene-by-scene breakdown of the story and any high-level research. Then the first draft took several months to finalize, but that included several rounds of revisions to the first ten chapters (which I don’t always do that early in the process).

8 What other books would you compare this story to within your genre?

Hmmm, I really try hard not to compare my work with others, so I’m going to have to skip answering this question. When I’m reading m/m, I’m looking to enjoy the story, the characters, the world, and romance the author created. Sometimes I may try to find ways to learn from the author (what are they doing that really works for me as a reader, what about the plot and characters really moves me), but I don’t look at it in terms of a true comparison to my own stories. For me, I think that would take away any enjoyment from the act of reading, and I love to read gay romance too much to lose that.

9 Who or what inspired you to write this book?

Walter Simon. From the moment I finished writing MORE, I knew I wanted to write a story for Walter. I couldn’t leave him alone any longer. No matter how much he thought he liked his nice, quiet life, he needed someone like Kevin to come along and trip right over his feet, someone who would give him the spark of really living he’d been missing for a long time.

10 What else about your book might pique the reader’s interest?

HOW TO SAVE A LIFE is a May/December coming out romance that I hope will appeal to readers who enjoy stories about a man having his first sexual experience with another man, as well as those who like some intrigue along with the romance.

Now on to who I’m tagging: my friends and fellow M/M authors SJ Frost and Jambrea Jo Jones have agreed to share about their works-in-progress next. They will be answering these questions in one week, so be sure to check out their blogs next Saturday.

8 thoughts on “The Next Big Thing Blog Hop: How to Save a Life”