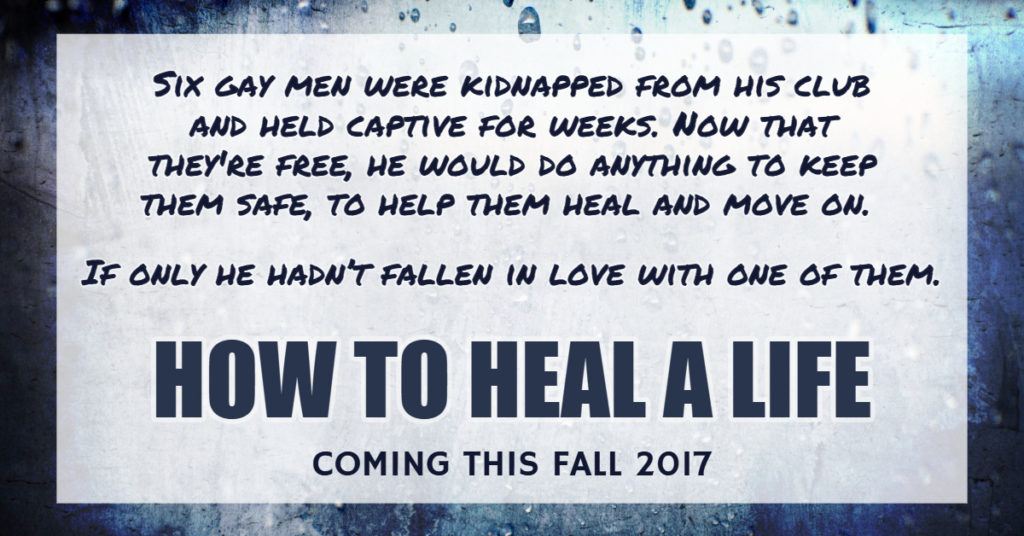 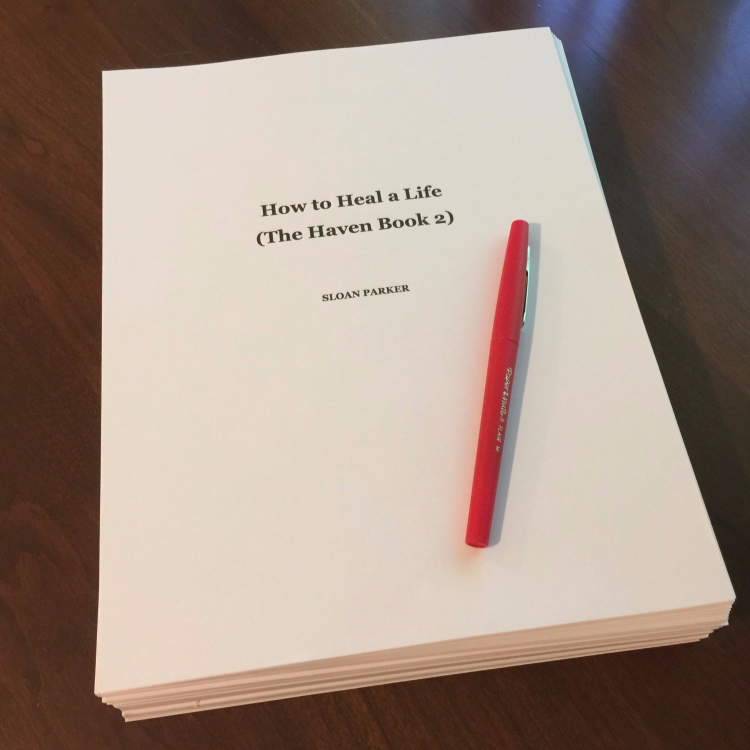 I’m just about to get started with the last read-through of HOW TO HEAL A LIFE before it’s off to a couple of beta readers, then formal edits. As soon as it’s farther through the editing process we’ll set a release date and hopefully have it up for pre-sale. Be sure to sign up for my newsletter for more announcements on this release and other news. I can’t wait for you guys to come along on this journey with Seth and Vargas. And what a journey it is!

It’s a tentative title, and I can’t guarantee it’ll stick once the manuscript reaches my publisher, but for now it’s definitely sticking with me.

Walter and Kevin’s story is tentatively titled How to Save a Life.

Here’s a first-look at the working description…

HOW TO SAVE A LIFE

Reporter Kevin Price has a knack for tripping over his own feet. And everyone else’s. He’s in over his head undercover at the Haven, a swanky gay sex club. Five minutes inside and he can no longer deny the truth about his sexuality. Determined to find out why members of the club keep disappearing, he turns to the one man he can’t get out of his head, the sexy ex-cop helping with security. Too bad he doesn’t trust cops. Not since the only night he let himself be with another man.

Walter Simon doesn’t do the club scene anymore. Not since he found love and lost it. That doesn’t mean he won’t do whatever it takes to protect the Haven. He’s not about to let anyone hurt more innocent gay men. Even if that means going head-to-head with the klutzy, closeted, much-younger reporter. Kevin has information about the disappearances. Better to keep him close. And safe.

The two must work together to find out what’s going on before more men end up missing. Neither one is there to hook up or fall in love.

Or so they think.