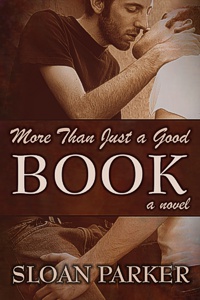 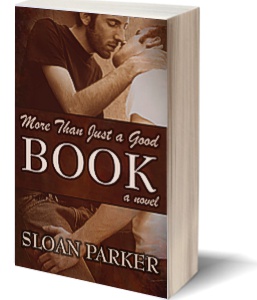 I’m thrilled to share that the print edition of Scott and Mark’s story is now available! You can pick up a copy at the following retailers. (It’ll be showing up at Barnes & Noble and others in the next few weeks.)

Thanks to everyone who’s already checked out the e-book edition. It recently reached the #6 spot on the All Romance eBooks bestseller list. The number of things I am thankful for this year is too numerous to even consider listing, but please know, my readers rank very near the top. You are the best! THANK YOU for continuing to give my stories a try, and I truly hope you’re enjoying this one.

MORE THAN JUST A GOOD BOOK

As the two begin exploring their most secret sexual fantasies, neither can imagine walking away. With only one semester left before they head off in different directions, they discover it’s impossible to avoid their growing feelings for each other. When a desperate bully tries to destroy Mark’s chance at the career he’s always wanted and tries to keep him away from Scott, the two lovers must come to terms with exactly what it means to be in love with someone–and how to be brave enough to go after what it is they truly want.

The final installment of Mark and Scott’s story is now available! (The entire story will only be on my website for free for two weeks until December 1st.)

Or if you prefer, you can buy direct now at the following retailers:

Thanks for following along with Mark and Scott’s story. I hope you enjoy the final installment. I (and others checking out the book) would greatly appreciate any and all reviews at sites like Amazon, B&N, All Romance eBooks, and Goodreads. Reviews really do help a book get more visibility with new readers. Thank you! 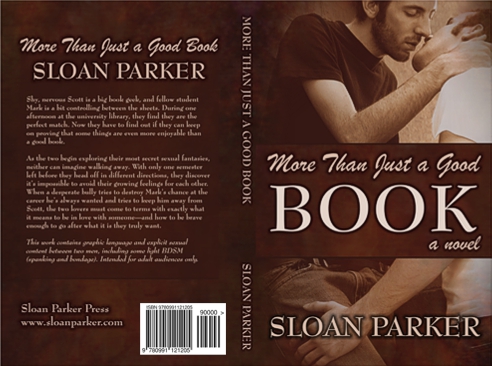 I’m holding the proof copy of the print edition for MORE THAN JUST A GOOD BOOK in my hands right now, and I’m about to start doing a final proof and formatting review of the e-book.

The e-book will be published to retailers the week of November 18th. It’ll be up on All Romance eBooks right away, Amazon can take a day or two, and it might take a few days to a couple of weeks for some of the other stores to add it to their catalogs. I’ll update my website with links as it becomes available.

Cannot wait to share the final result with everyone.

As the two begin exploring their most secret sexual fantasies, neither can imagine walking away. With only one semester left before they head off in different directions, they discover it’s impossible to avoid their growing feelings for each other. When a desperate bully tries to destroy Mark’s chance at the career he’s always wanted and tries to keep him away from Scott, the two lovers must come to terms with exactly what it means to be in love with someone—and how to be brave enough to go after what it is they truly want. 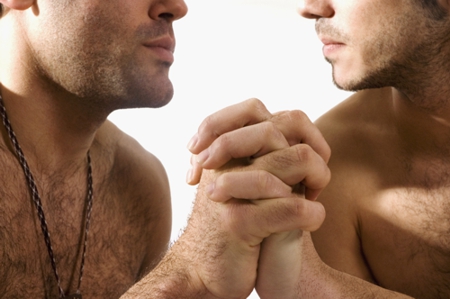